There are a number of technical differences to a foreclosure case. These are things like making the lender produce the original promissory note, making sure that the lender has the ability of what we call the law of spending to blame the client because in this era, mortgages change hands, banks buy and sell mortgages and so, we know to make sure that the entity or the bank that is foreclosing on you does in fact have the power to do that, that the documents have been validly signed and transferred to whichever entity is foreclosing and normally, I would say, 90% of the time, the foreclosing entity is going to be different than the entity that you made your payments to the entire time and that catches some people by surprise.

There are a number of technical defenses, things like making sure that no promissory note has been filed, making sure that the foreclosure complaint itself complies with requirements of Florida law, to have been found by under oath, you have to swear under penalty of perjury by a representative of the bank. There has to be a certification that the representative of the bank has personally inspected and located the original promissory note and then there is generally what I call technical defenses, your defenses that can slow a foreclosure case down but generally they are not going to win the day, they are not going to be silver bullet type arguments where the borrower wins.

These are going to be strategies designed to put the bank to it’s proof, to make them prove their case and to make sure that they play by the rules in getting a foreclosure judgement, so those strategies can be helpful because oftentimes banks have a difficult time showing that they’ve done things properly. Beyond the more technical defenses, you are mostly looking at trying to work out either a loan modification or a waiver of deficiency. If you can’t get a loan modification, the bank will not allow you to keep your home. Let’s say you don’t have sufficient income. For example, a loan modification has just not worked, bankruptcy would not be worthwhile because again, if you don’t have income at all.

At that point, we are really looking at that false landing and trying to get the bank to set a foreclosure sale date as far out as possible where we always try to get 120 days, 150 days, the Florida statute says they can have a foreclosure sale within 20 days. So we try to get that extended and we’ll certainly try to get the bank to waive any right to chase the borrower further. In other situations it may be possible and I’ve had this situation that is called cash for keys where in exchange for the borrower really not fighting and going along with it, the bank will provide cash payments to the borrower if the property is left clean, the appliances are still there, the attachments are still there. If you make the bank’s job easier, they can be willing to do things like that sometimes with cash for keys which can certainly help with moving expenses and things like that.

It is very hard to win a foreclosure case outright. It’s not like the case where one witness says the light was red, one witness says the light was green and you have these disputes. Generally speaking, in a foreclosure case, there is going to be no dispute that for some amount it might be a question of how much and whether the bank is charging interest directly or something but it’s usually going to be a given that some amount is settled and so it’s hard to win a foreclosure case from the standpoint of the case is over with or we get a free home and in fact, you do see news reports of things like that and I personally have had situations like that but I would say it’s less than half percent of the time and it’s not usually going to happen.

All foreclosure cases are generally going to end in a public sale on the courthouse steps or the borrower modifying the loan and resuming monthly payments and the foreclosure case gets dismissed. Those are really the two different options that are going to happen.

For more information on Foreclosure Defense Options In Florida, initial consultation is your next best step. Get the information and legal answers you are seeking by calling (386) 487-5466 today. 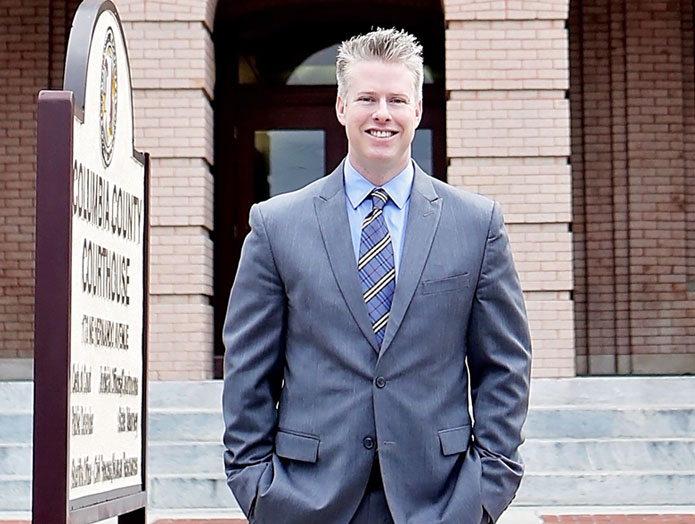